Samantha Fenicchia is the wedding and events coordinator at Edgewood by Sand Springs. She is working toward her masters degree in Professional Media Writing through East Stroudsburg University and in her spare time she enjoys volunteering with the Miss Greater Hazleton Scholarship Pageant, teaching yoga at Peace of Mind & is on the Womens Networking Committee for the Greater Hazleton Chamber of Commerce. Samantha is honored to be able to serve on the board of directors for Arianna's CDH Foundation and is so excited to see what wonderful things the organization can do for CDH families and awareness in the future.

Ashley (Gennaro) Lugo is the mother of our CDH angel Arianna (12/29/12 - 2/26/13). Ashley graduated from Kutztown University in 2010 with a B.S in Psychology. She has more recently gone on to earn college credits in American Sign Language. Ashley and her husband, GySgt Eric Lugo are also the parents of two healthy boys; Ean & Elijah.

Their family is currently stationed in North Carolina. She serves as the Vice President for our foundation. Ashley is honored to serve our local CDH community in hopes to take a small burden off the families enduring this diagnosis. She is obliged for the love, support, and determination displayed through the foundation in keeping Arianna's memory alive

Grace is a retired New York City Police detective, life long competitive runner, and animal lover, who has made a big effect on charities such as "The March of Dimes" by organizing many important events gathering donators and endurance athlete. Since her retirement at the NYPD, Grace has run her own major security company and taken terrific care of her family, cats, dogs, and wonderful horse. Grace is motivated to help others and make a change in the world.

Arianna's CDH Foundation Board of Directors

Jeff is the husband of Angela, uncle to Arianna and co-founder. Jeff graduated from Lackawanna College with a degree in Criminal Justice. Jeff is a retired police office after 16 years of service. Jeff is a local business owner and handles all Technology and website issues for our foundation. Jeff is a food junkie and loves cooking large meals for people. You are always guaranteed a to go platter when coming to Jeff's dinners. Jeff enjoys spending free time with his wife, Angela and two son's, Gianni and Jaxson.

Jeff said, "I never imagined myself being on a Board of Directors for any non-profit organizations. Once Arianna was born and we ran our first event, my wife and I talked about continuing to raise money. After 2 years we founded Arianna's CDH Foundation. This has become a love of mine and my family. We take pride in all of our events, donations and CDH Families that we can help. By being a part of this organization it has brought such pride and a closeness of our family."

Amy Kazinetz is a Regional Sales Administrator at Forbo Flooring Systems in Hazleton PA.  She is a graduate of Kutztown University with a degree in Sports Management.  Amy is a family friend of the Lugo’s and is honored to help keep Arianna’s memory alive and bring awareness to CDH.

She currently serves as the Secretary of Arianna’s CDH Foundation and couldn’t be happier to play a part in this organization's journey. 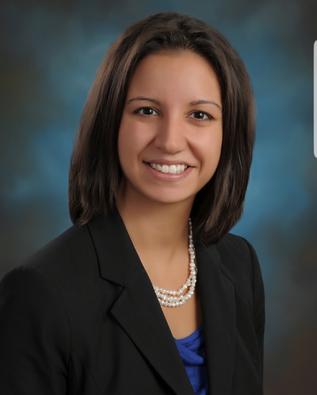 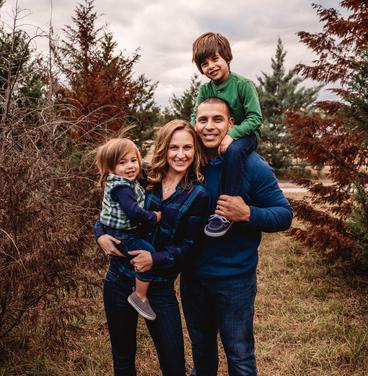 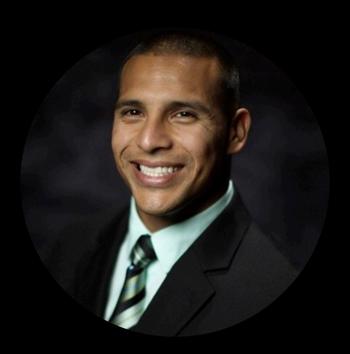 ​Deborah Gennaro is a Hazleton native married to her high school sweetheart of 37 years, Joseph Gennaro. They have three grown children; Angela Turse, Anthony Gennaro, and Ashley Lugo. Debbie and Joseph have been blessed with six grandchildren; 5 grandsons & 1 granddaughter (Arianna).

Deborah acquired her Bachelor of Science degree in Business Management at Misericordia University. She is employed full time at a local hospital in the health information medical record department.
Deborah states, “I’m excited that my family started this foundation for many reasons. It brings more awareness to CDH, assists families financially with children who have CDH, and brings joy and heals our hearts in keeping Arianna’s memory alive.” 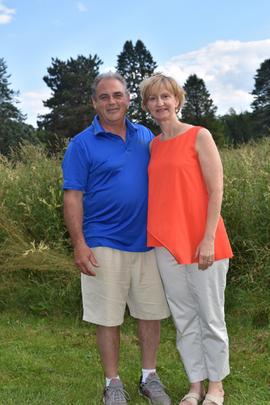 Lindsey is a wife to a loving and supportive husband, Ben and mother to a beautiful little girl. She also teaches ESL classes in her spare time. Lindsey has been a close friend of the Lugo family for many years and is honored to participate in keeping Arianna’s memory alive, while helping families of children affected by CDH. 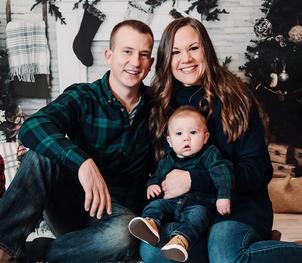 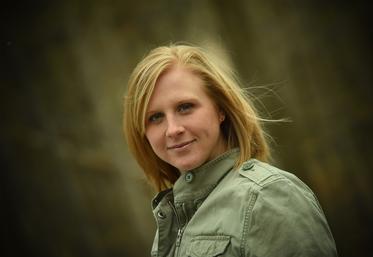 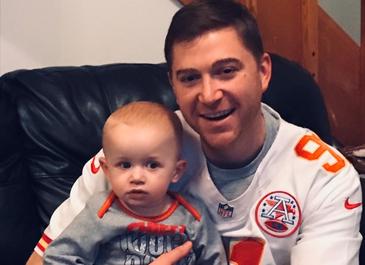 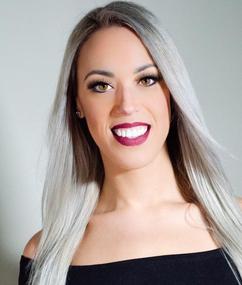 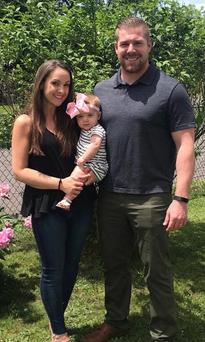 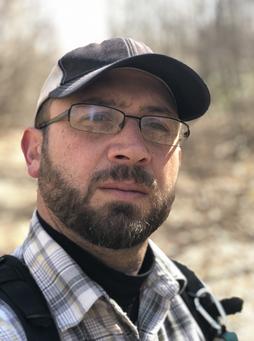 Anthony Gennaro dedicates his time as the Treasurer of Arianna’s CDH Foundation. He is a graduate of Misericordia University with a degree in Business Administration and a focus in Management. He is employed full time at Simona America Industries as the company’s Material Manager.

Anthony is a proud father and enjoys spending his time with his son, Noah. He also finds joy in  spending time with family especially all his nephews! He has a love for nature and working outdoors on landscaping projects. Arianna is the niece of Anthony. Anthony states, “I am truly honored to be a part of this amazing foundation. Arianna’s passing has changed our lives in many ways; God has a path and reason for everything. I am blessed to have a loving and close knit family who finds pride in helping others especially in times of need. As Arianna might not be here with us physically, her spirit lives in our hearts and will never be forgotten”

Eric Lugo is the father of Arianna M. Lugo (12/29/12 - 02/26/2013) and serves as the Assistant Treasurer and co-founder of Arianna's CDH Foundation. He enlisted in the Marine Corps in 2002 and continues to serve on active duty making the USMC a life long career. Eric is also currently pursing his MBA from Texas A&M Corpus Christi. His education includes; Certificate of Real Estate Appraisal Specialist, Associate of Arts in General Studies, Associate of Science in Business Administration, and Bachelor of Business Administration Accounting.

Eric is married to Ashley Lugo. In addition to their daughter, they have two sons, Ean & Elijah. Eric states, I am honored to be part of the foundation that keeps my daughters memory alive and appreciate the support the foundation gets from our friends, family, and the local community.

Angel Mae is 1997 Crestwood High School alumi who later graduated from King’s College and earned her law degree from the Pennsylvania State University Dickinson School of Law.  She has been in practice in Northeastern Pennsylvania for 15 years.. She has practiced in Luzerne, Carbon, Schuylkill, Monroe, Lackawanna, Lehigh and Philadelphia counties. Along with Daniel Zola, the two established Zola Law Offices in 2004.

Attorney Webby-Zola, who has earned millions in settlements and verdicts throughout her career.  She has received numerous  honors and awards including being named as a Super Lawyers Rising Star for consecutive years, a Top 10 Female Attorney by the American Institute Of Personal Injury Attorneys, Top 10 40 Under 40, Best Attorney by the Luzerne County community, and many others. She has been a member of the American Bar Association, Pennsylvania Bar Association, Wilkes-Barre Law and Library Association, Lower Luzerne County Bar Association, PA Association of Trial Lawyers of America (ATLA), Pennsylvania Trial Lawyers Association (PATLA), ABA Young Lawyers Division, NEPATLA, Committee for Justice for All (CJA) and is admitted into the Third Circuit Middle District of Pennsylvania. She also serves on several legal professional Boards as well as several non-profit organizations.Her areas of practice vary from all areas of civil litigation including car accidents, trucking accidents, slip and falls, products liability, and workers’ compensation.

In her spare time, she enjoys spending time with family and attending her son's baseball and basketball events.

Angela Gennaro Turse is a full-time professional school counselor at a high school in Pennsylvania. Angela acquired her Master’s Degree from Bucknell University and is a proud undergraduate alumnus of Penn State University. Angela serves as the President on the board of Arianna’s CDH Foundation and co-founder. Her passion lies within the not for profit and keeping Arianna’s name alive.

Angela is happily married to Jeff Turse, who also serves on the board as the Chief of Technology. Together they have two beautiful boys; Gianni and Jaxson. Arianna is Angela’s niece; the moments she was able to share with Arianna are treasured.  Angela’s goals are to bring awareness to CDH and do more for the families who experience the great loss of a child and diagnosis of CDH. Angela expresses her gratitude toward Arianna’s life; she states, “Arianna has given me more purpose then I had imagined I ever had and has solidified my relationship to God and my family.”